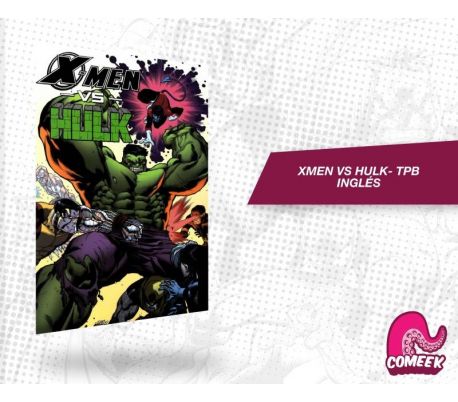 The Illuminati shot the Hulk into space. Now he's back, he's mad...and he's got some pointed questions for Illuminati member Professor X. But Xavier's got some very powerful friends looking out for him! Thrill to all-out action as the Hulk battles through every X-Man there is ... and then some! Featuring the meanest Hulk/Wolverine battle yet ... and a rematch against the unstoppable Juggernaut! The X-Men must track down the Hulk before mysterious earthquakes decimate San Francisco! Dazzler rocks out, and the Hulk's got a backstage pass! To teach Colossus a lesson, Wolverine orchestrates a clash with the savage Hulk!  Plus: the X-Men's Angel and Iceman are caught up in an all-out battle between the Hulk and the Sentinel Master Mold, as presented by the team of Roger Stern and John Byrne. And the Hulk and classic X-Men battle aliens in Europe! COLLECTING: World War Hulk: X-Men #1-3, Hulk Team-Up #1, X-Men vs. Hulk #1, Incredible Hulk Annual #7, and material from Rampaging Hulk #2