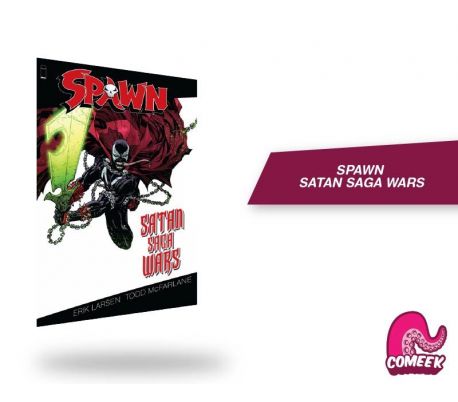 The triumphant return of the ORIGINAL Spawn, Al Simmons. Al is back and faces his biggest challenge yet… saving the woman he loves from the clutches of Satan himself. But as fate would have it, Wanda loses her life and Spawn loses his powers. After closing the Dead Zone, Spawn returns to Earth without his powers and the woman he loves. With art by the great Todd McFarlane, Jonboy (Spider-Man, She-Hulk, Justice League of America, and others), and Erik Larsen (Savage Dragon, Spider-Man). About the creators: Todd McFarlane (Spider-Man, Spawn), Jonboy (Spider-Man, She-Hulk, Justice League of America), Erik Larsen (Savage Dragon, Spider-Man) Collects Spawn issues 256-262 (7 issues)