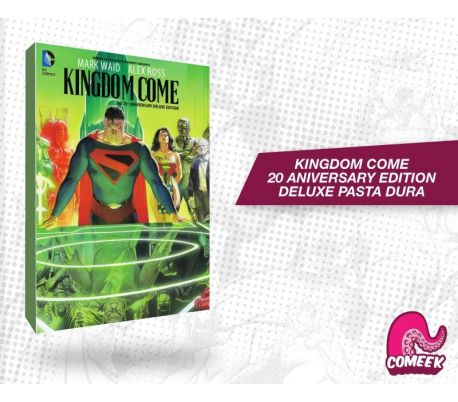 In the near-future world of KINGDOM COME, superheroes are ubiquitous, but heroism is rare. After decades as Earth’s champions, the members of the Justice League have all retreated out of the public eye, replaced with a new generation of crime-fighters whose brand of harsh justice leaves humanity terrified, rather than inspired. But with the planet’s future in jeopardy, Superman, Wonder Woman and Batman must come out of retirement to make one last stand for truth and justice. Collects KINGDOM COME #1-4 and more than one hundred pages of sketches, annotations and other extras!